SoftPerfect WiFi Guard is a small utility for protecting WiFi networks from unauthorized access. It is available for Windows (including Server edition) and MacOS. There is an official translation into Russian, the application supports all current WiFi versions (including 802.11ax).

The main program function is to display all devices, including phones and repeaters, connected to the router (both via WiFi and Ethernet). For each of them you can get the current local IP-address, MAC-address, equipment ID, its name (if set). The program can also work in the background mode and inform the user when new equipment (not included in the "white" list) is connected to his router. In the settings you can set the period of air scanning.
Additional features:

The free basic version can be downloaded from the official site. But it shows only up to 5 devices connected to the router and the scanning is disabled after that.

Who needs the program

SoftPerfect WiFi Guard in Russian is recommended to install for all Windows and MacOS users who have a WiFi-router installed. The utility takes minimal space on the hard drive, in reviews it is claimed that it takes up less than 5 megabytes in RAM. But after that an intruder will not be able to connect to the router in an unauthorized way as the program will immediately warn the user about it. After that the user will only have to change the WiFi password or block the MAC-address of an unknown device.

SoftPerfect WiFi Guard is available for downloading on our website. 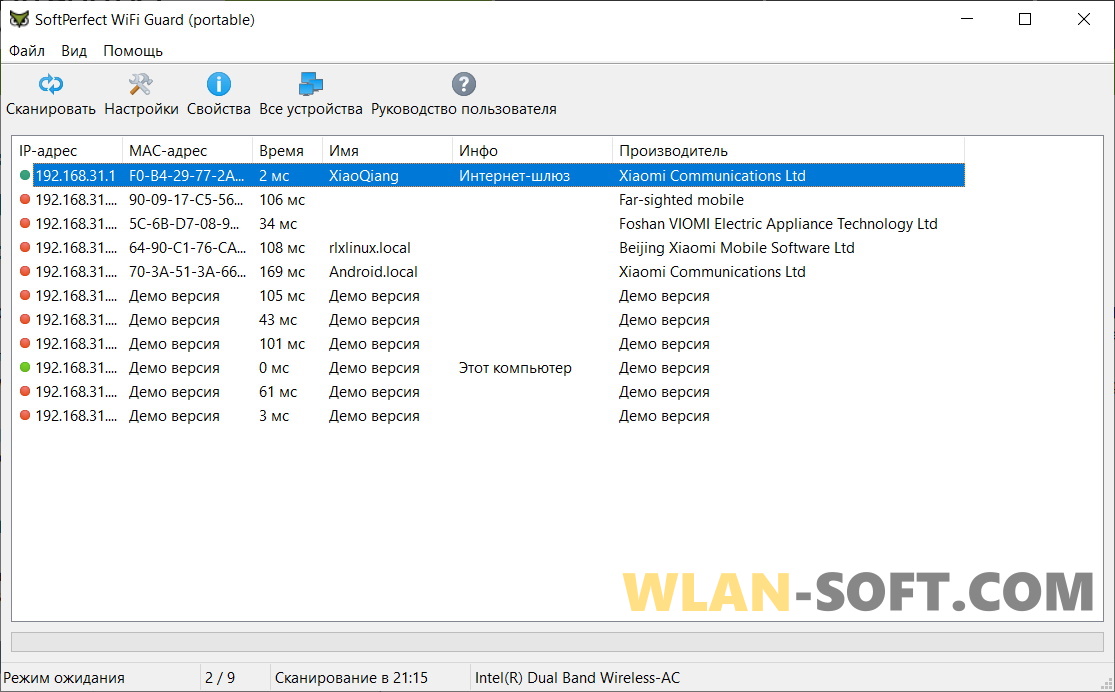 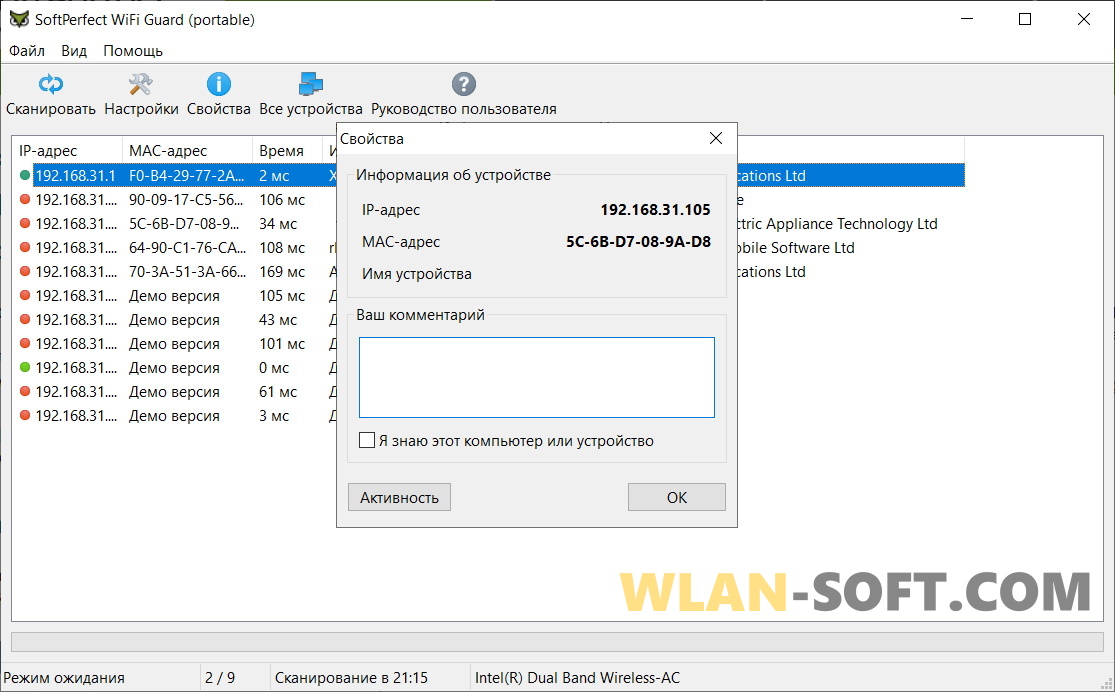 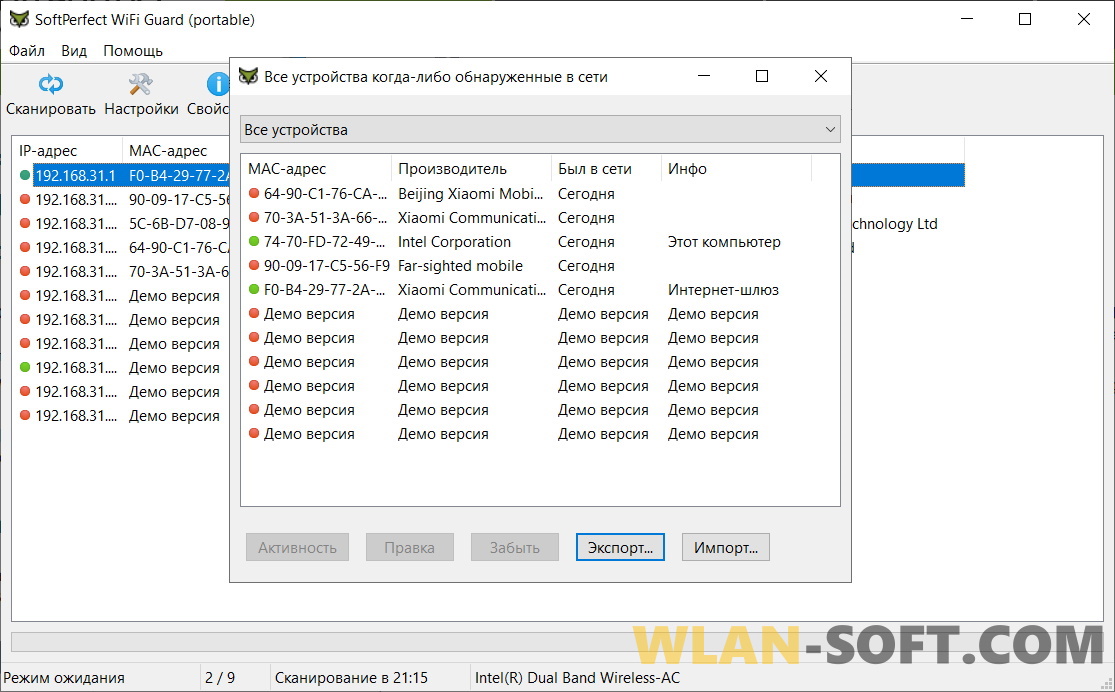 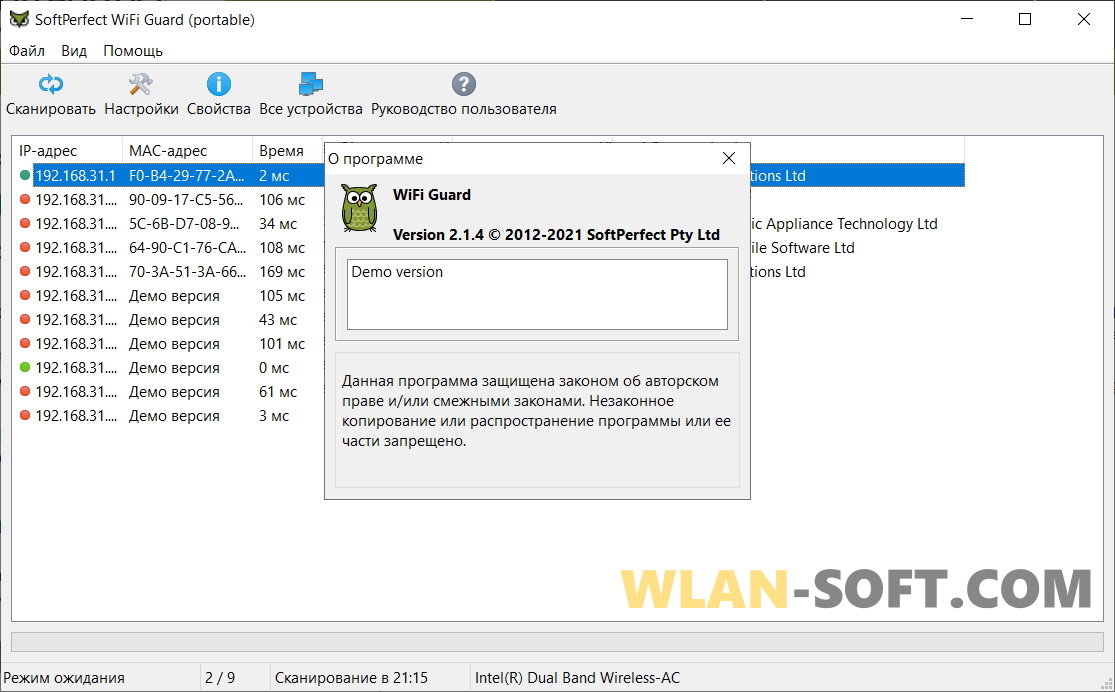 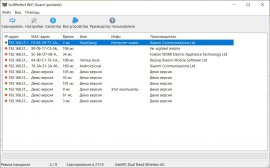 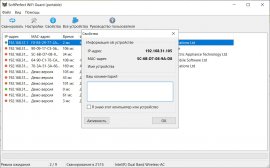 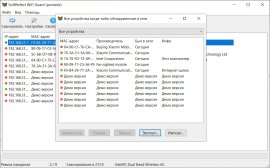 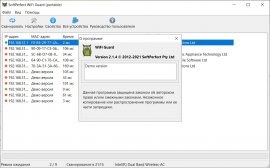 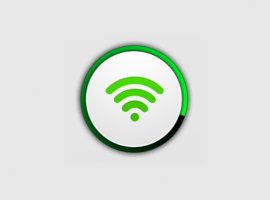 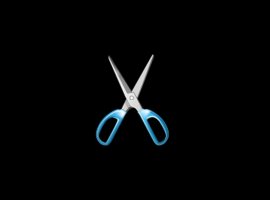 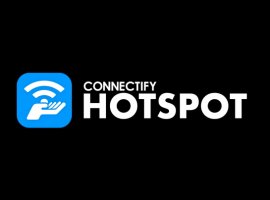 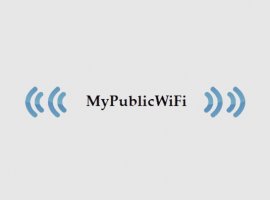 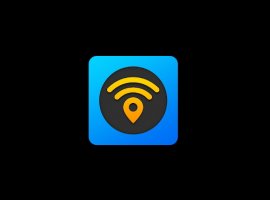